What comes to mind when we think of the Olympics? As the world’s most elite athletes converge every four years for international competition, we watch them seemingly push their bodies beyond human limits. Their years of dedicated, grueling training are put on display, as they realize their lifelong dreams of competing on the world stage. Millions upon millions cheer them on, either remotely or in person. We get to see the thrill of victory, and the agony of defeat, as they persevere to be the best they can be. 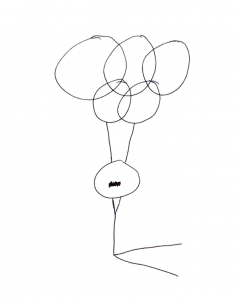 Which brings me to the current efforts by some officials to change the types of sports that qualify for the Olympics. Now it’s bad enough that the International Olympic Committee has added skateboarding, but surfing and sport climbing? Yes, they have added those too. I’m not making this up. I get that they want to modernize the Olympics, but really?  Compare this to swimming, diving, gymnastics, track and field, cycling and marathon running. Those are real sports. Surfing and rock climbing? Huh? Does the hunky blond-haired guy with the best tan win as he hangs ten? How do they grade sport climbing? If she doesn’t fall off the mountain, is she the champion?

And the newest Olympic sport: Breakdancing. They’ve actually agreed to this. No kidding! Spinning around on the floor like a top is a sport? I remember doing that on the playground as a kid. Who knew I had Olympic potential.

But why stop there? If they are going to disgrace the Olympics, celebrated for hundreds of years, maybe they should add a few other “sports.”

Here are some of my ideas:

As for me, I’ll stick to watching these new events on TV, as I typically root for the underdog. Hey, I just thought of another Olympic sport: couch potato-ing.