William H. Seward served as our Secretary of State in the 1860s and is widely remembered for getting the U.S. to buy Alaska from Russia. (Who knew countries bought states from each other?) It took forever to get the treaty through Congress, but the agreement was finally signed on March 30, 1867. We bought that lovely territory for the cut rate price of $7.2 million–a veritable bargain. 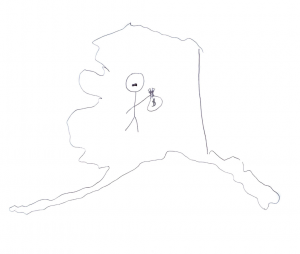 However, it was not easy to get a Congressional consensus to agree to buy it, and he was roundly ridiculed for negotiating the purchase of what was called an icebox. As the years went by, the Alaska Purchase was ultimately (and incorrectly) referred to as Seward’s Folly.

You see, history has all but erased this fun fact: old Bill Seward was actually a stand-up comedian and song-and-dance man. Not only that, but he had a traveling troupe of performers with an act that predated vaudeville. The act, of course, was called Seward’s Follies.

They went from city to city, entertaining the masses with their hijinks. Who could forget the hilariously funny “Pull my finger” routine? Or Bill getting drinks poured down his pants? And it was a little bawdy, with the strippers and all, which is probably why it is hardly remembered today. I guess the country wasn’t ready for his genius. His humor was just a few years ahead of its time.

Unfortunately, Bill was never given the proper credit for inventing such catchphrases as “Good evening, ladies and germs” or “Take my wife–please.” And who could forget that old vaudeville routine, “The lady with the fan”? The woman who predated the burlesque star, Sally Rand, was Seward’s very own Barbie Boobaloski. How about “Niagara Falls. Slowly I turned, step by step, inch by inch.…” Yup, Wild Bill Seward was the originator of that knee-slapping sketch too.

Unfortunately, history has not been kind to Seward’s Follies. It seems that Bill introduced blackface humor, which wasn’t very well accepted by future generations. His Follies lost its following and ultimately folded. His entertainment legacy was soon forgotten. Another lost American legacy; so profoundly sad.